Lying: Why do Preschoolers Lie and How to Handle It? 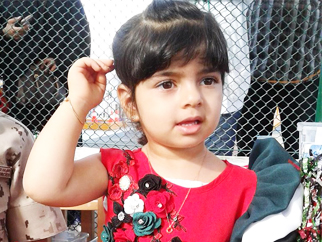 As your preschooler gets older and begins to be more fluent with language, you may notice that they begin to lie. Children begin to lie around age three, although it may begin slightly later or earlier depending on the child.

Children lie for a number of reasons including:

Telling lies to avoid hurting another person’s feelings becomes more common as your child gets earlier, but lying early on is primarily self-focused.

Lying is developmentally normal at the age of three and there is nothing to worry about.
In a study in the Journal of Developmental Psychology in 2013, researchers studied children aged two to three years and found that almost 80% of the children who were asked not to look at a toy under a cover looked at the toy when there was no one in the room and then lied about their transgression.
Other research studies found that the older the child, the more likely they were to lie with up to 90% of four-year olds lying.  Also, children with better cognitive development lie because they are able to cover their tracks and lying involves the ability to keep the truth in their brains and juggle answers about the lie.

So how should parents and teachers handle this? First, it’s always good to support and encourage children to tell the truth.

Falcon British Nursery teachers will always encourage children to tell the truth and emphasise the importance of honesty wherever this is appropriate. Having conversations about the truth and lying so that children understand the concepts will help children understand lying.  Try to avoid putting children in situations where they feel a need to lie. If you already know who took the sweets without asking, simply establish that you know they took the sweets, set a consequence and move on. A parent can set a consequence for lying.   Lying can be handled in a respectful and clear way to support children learning about honesty.

What is your opinion?

Request a call back

Register Now
Request a call back
Arrange a visit